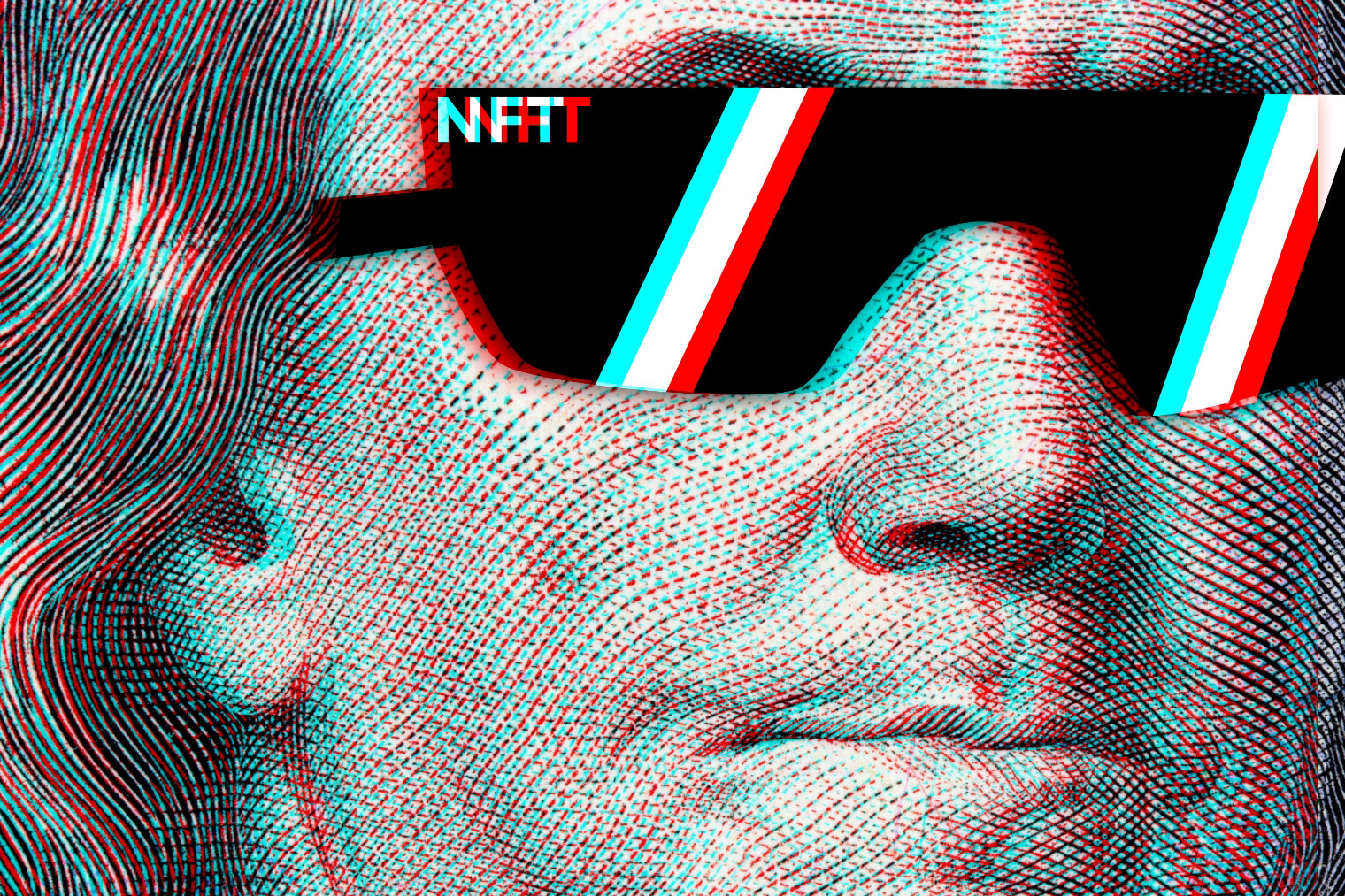 Today, digital art seems to be taking over and NFT artists are on the rise, as the art world slowly shifts to the digital realm. And now that more and more artists as well as collectors are getting into “Non-Fungible Tokens” (NFTs) and the whole crypto art movement, we decided to create a list of digital artists who are setting records in terms of sales and popularity!

Also check out our article about the crypto art revolution if you’re interested in reading more about NFT art and how it works.

Beeple is by far the biggest name in the digital art world right now. He sold an NFT collage titled “Everydays: The First 5000 Days,” for a record-breaking $69 million, positioning him among the top three most valuable living artists according to the Christie’s auction house.

Beeple is Mike Winkelmann, a graphic designer from Charleston, SC, USA who does a variety of digital artwork including short films, Creative Commons VJ loops, everydays, and VR / AR work.  After he began releasing a set of widely used Creative Commons VJ loops he has worked on concert visuals for Justin Bieber, One Direction, Katy Perry, Nicki Minaj, Eminem, Zedd, deadmau5, and many more.  One of the originators of the current “everyday” movement in 3D graphics, he has been creating a picture everyday from start to finish and posting it online for over ten years without missing a single day.

World-renowned Portuguese street artist Alexandre Farto known as Vhils jumped into the NFT world with a project called The End of the Industrial Era. He is known for his literally “explosive” art that turns crumbling façades into canvases for portraits of ordinary individuals as he believes in turning them into icons.

This artist believes that destruction is a form of construction, and recently, he decided to his process into a series of NFTs, using his unique technique to turn a dilapidated building in Portugal into an ephemeral art piece. The building underwent an explosion, a portrait reveal, and imploding destruction within two seconds. This was captured on video, which was then auctioned off on a digital art auction platform for NFTs.

Virtual reality painter and sculptor focused on integrating 3D sculpting to create digital worlds through repeated layering and depth experimentation. He is known for his unique use of imagery, video, and print media to create NFT art, positioning him as one of the artists at the forefront of the crypto art revolution.

Alexa Meade paints on the human body and three-dimensional spaces, creating the illusion that reality is a two-dimensional painting. As The New York Times describes Alexa’s artwork, “Think of it as a Van Gogh — that is, if one of his paintings were brought to life as a performative protest.” Alexa’s art has been exhibited around the world, and it was previously only collectible as physical, limited edition photo prints. Now her work can be collected as video art — capturing the living, breathing paintings in motion, as they are meant to be seen, and a selection of her video work is made available as NFTs.

Generation Z’s 18-year-old Victor known as FEWOCiOUS has taken the NFT world by storm. Now living in Seattle, FEWOCiOUS first started creating art at 13 in his hometown of Las Vegas. His foray into digital art was born both as a refuge and an escape for the young transgender artist. FEWOCiOUS sold his first painting at 17, and within a year of that, was able to move to his dream city in the Pacific Northwest to continue creating, through a series of successful NFT drops which have grossed over $17 million in just under a year.